Arup brings together professionals from diverse disciplines and with complementary skills, on a uniquely global scale. The depth of expertise and sheer numbers of specialists allow Arup to take on complex, strategic projects that no other firm could deliver. We bring a longer term view than many others. By way of example, we completed the UK’s first international high speed railway, High Speed 1, also known as the Channel Tunnel Rail Link, on time and on budget. In fact we even influenced the alignment of the route, which paved the way for the UK to host the Olympic and Paralympic Games. And beyond that it’s driving to the lasting regeneration of London’s Stratford.

Clients trust Arup’s people to question a vision as well as help to realise it. Arup’s commitment to a sustainable approach to all its projects is both enshrined in a formal sustainability policy and embraced personally by the individuals that together make up the firm. Arup’s ownership structure actively reinforces this approach and holds the firm accountable to its own people for its independent approach, and to its social and corporate responsibility.

Arup has a healthy mix of people with very different perspectives and from many cultures, working together, learning from each other and generously sharing their knowledge and ideas. International team-working is the stuff of everyday life for its people, who take advantage of the skills networks within the firm that allow easy collaboration between colleagues who may be on opposite sides of the world, but are working on the same or similar projects.

Arup has a reputation for pioneering innovations and for fresh approaches to age-old challenges. The firm’s creative spark and intellectual independence has been there from its very beginning. These shared values, like the firm’s name, are essentially derived from the beliefs and convictions of the firm’s founder, the engineer and philosopher Ove Arup.

Arup people are driven to discover new ways to turn ideas into tangible reality. This passion is behind many of the world’s iconic architectural, engineering, infrastructure and planning projects. It is also behind the firm’s relentless pursuit of technical excellence and willingness to invest in research and innovation.

Its unique ownership structure – held in trust on behalf of its employees – ensures that Arup retains its independent spirit. Arup’s operating principles and commitment to sustainability are paramount.  These shared values unify Arup people – a formidable and diverse group of individuals; freely exchanging ideas and sharing opinions.

Arup seeks ever better ways to imagine, re-imagine and reshape the built environment.

Putting sustainability at the heart of its projects is one of the ways in which Arup exerts a positive influence on the wider world.

Investing in research and development is another: without such investment, innovation can be stifled. Without the capacity to innovate, our ability to combat the effects of climate change and other global issues would be compromised.

Corporate responsibility is not simply a policy at Arup, but a way of working. The firm’s active engagement with humanitarian and charitable causes is almost a defining feature of Arup people, and has been from the founding of the firm. 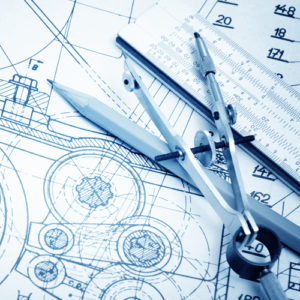