Just like very few people reach the age of 100, few businesses have the privilege of celebrating a century in business. In fact, I think the average age of human beings exceeds the average age of businesses by far. If businesses do succeed in reaching the 100 year age, it means that there is a demand for its products or services which made it relevant over a long period of time. It probably also means that the business has a sound business model and that it could adapt over such a long period to remain relevant.

VKB is positioned in the agricultural and food sector. As long as humankind exists, there was a need for food and fibre to feed and clothe and protect itself from the elements. These are the two most basic needs of humankind since its origin and it will always be. VKB finds itself in the fortunate position that the production of food and fibre are the core of our business model, which means that we have a business model thet will probably never be obsolete, because people will always have a need for food and fibre.

For the past 100 years agriculture was the core reason for VKB’s existence. And it will most probably remain the core reason for VKB’s existence for many more years to come. This implies that our primary aim is to support the full value chain of agricultural production in South Africa. We really want to deliver a one-stop service to agricultural producers. We want to supply all the producer’s inputs, goods, services and financing so that the producer can focus on his passion and what he’s good at, namely to produce food and fibre.

Secondary to this we want to add value to the agricultural products that our producers produce. We want to ensure that the producer gets the maximum benefit from the food value chain and at least gets his fair share. Our involvement in the processing of food products is purely aimed at making the producer more sustainable on the farm because we want to derive maximum value from the food value chain.

It is a huge privilege, honour and responsibility to be part of the team of people that is endued with the responsibility of stewardship over a dynamic business such as VKB. The privilege is even magnified by the fact that we endue these positions in a time that VKB reaches the special milestone of becoming 100 years old and to have the opportunity to help write a chapter in the illustrious history of this business.

We are privileged that we got this business from our predecessors who have built it on rock-solid foundations. Foundations vested in faith, integrity, respect, loyalty, good business principles, et cetera.

From then
VKB grew from a small number of agricultural producers in a small geographical area which had a visionary idea of establishing a co-operative that could assist them in getting necessary goods and services that they needed in the production processes to an establishment that services a significant part of South Africa and one of the biggest role-players in the agriculture in South Africa. It is the value system mentioned above that has helped VKB to grow over such a long period of time into such an extraordinary business.

To now
VKB has a few distinctive qualities that have helped this business to still be relevant after 100 years:
• Loyalty – There probably is no other business today that enjoys as much loyalty from its customers as VKB does currently. It is a unique quality that has been built over generations and over which we have to guard jealously.
• Team work – that starts with the chairman and board of directors, ripples through management and the staff of the business and is completed with the team work that ripples through to the producers.
• Integrity and fairness – We run this business with integrity and responsibly towards our staff and our business partners.
• Positive conflict where we create a climate to differ from each other, but where the focus remains on the matter on which we differ from each other and not the person from whom we differ.

There are a few key drivers which will play a huge role in the current context of the agricultural environment in South Africa:

• Transformation
This is currently a huge debate. Transformation includes Employment Equity, Black Economic Empowerment and Land Reform. It will probably be a long and difficult road to reach the point where we will no longer talk about transformation and where everyone in South Africa will be satisfied with the state of affairs. I truly hope that we will get to that point as soon as possible, because transformation distracts us from what is really needed, namely to be sustainable competitive internationally.
My advice to our producers: Be aware of what is happening in your environment, but do not be so focused on that that it leads to your downfall rather than causing transformation. Our country needs food, even the politicians should be aware of that fact. Focus on these things that you can converse about with the best in the world and be part of the organised agriculture that engages with government about the future.

• International competitiveness
The world is so-called “flat”. That means that commodities are produced where it can be produced cheapest and are exchanged for other commodities that can be produced cheaply elsewhere. If South African agricultural producers want to survive in this “flat world”, we will have to produce food cheaper than it can be supplied from elsewhere. We will have to do that in an environment which won’t be necessarily considered the optimal production environment. We will only succeed in that if we stand at the cutting-edge of technological and biological advances so that we can achieve optimal production with the least possible inputs.

• Technological and biological advances
Technological development is exponential. One technological breakthrough leads to the next. That enables us to produce more with less. In food production it is important to produce more with less. The surface area of the earth remains constant, but the world population grows. The whole world fights poverty. This implies that more people will have a bigger demand for agricultural products.

• Climate change
The earth is showing scars and signs that over time dramatic climate changes did occur. These changes are still happening and are probably escalating. We as human beings probably add to the escalation in climate change by the irresponsible way in which we engage with the planet. We live as if we are going to be the last generation on the planet. The world has to work together to counteract factors that cause climate change or to, at least, delay it. Although we cannot counteract climate change in our surroundings, we will have to make an informed estimation of how it affects us and make our production decisions around those. There is a huge responsibility on businesses throughout the world to follow more environmentally friendly production processes.

Where is VKB heading in the future?
Agriculture will remain the core reason for VKB’s existence in the future. VKB’s future will thus to a large extent be determined by the needs of its shareholders. The business grew from an unpresuming business to one of the largest agricultural businesses and role-players in the country.

VKB’s growing industries has a progressive demand for capital. Growing opportunities in this division are legion. Therefore we will probably in future have to make a few adjustments to our model to adapt to the dynamic and modern environment in which we operate.

VKB’s shareholders are actually sitting on a pot of gold. There will be opportunities to exchange this gold for money, non-recurrent evanescent money. Unalike many other agricultural businesses our predecessors could resist these temptations and had built this business on rock-solid foundations and have built it into this unique pride in the food value chain in South Africa.

May the next generations be equally vigilant over their business and may VKB’s flag still fly in another 100 year’s time. 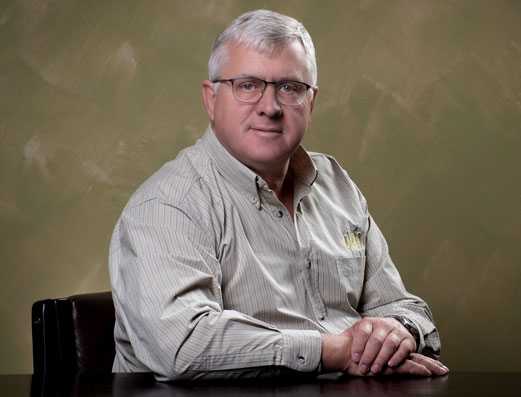 Turnover: Over R500 Million
Bank: Standard Bank
Key stakeholders: The company has 3 500 shareholders whom are all agricultural producers. VKB has a unique cooperative business model where the biggest section of the company’s yearly profit, before tax, is awarded to clients as an incentive.

Description of activity: VKB’s primary business revolves around the supplying of production inputs to the agricultural producers, as well as the handling, storing and marketing of grain. Services accompanying this include finance, insurance, mechanisation, agricultural development and seed processing.

Furthermore, VKB is involved in value-adding activities such as mills, animal feeds, a chicken abattoir, soya oil press and a factory that supplies packaging.