Medihelp is South Africa’s third largest open scheme with 106 years’ experience in the medical schemes industry. The scheme has managed to grow its membership to more than 246 000 lives by the middle of 2011, while maintaining a solvency ratio of more than the required 25 percent. Besides Medihelp’s growth and financial achievements, the Scheme has performed well with regard to its client service, brand awareness, claims-paying ability, and as an employer. Medihelp has been at the forefront of the industry in client service for the past five years, not only when compared to other schemes, but also in comparison with companies in general. An integral part of Medihelp’s service offering is its ability to process and pay claims. The scheme processes more than 250 000 claims per month, of which almost 90 percent are received electronically. Claims are processed on average in 5.4 days from receipt, and payments to members and service providers are made three times a month. This efficiency has contributed to Medihelp’s AA- (AA minus) rating by the world-renowned Global Credit Rating Company.As an employer, Medihelp has also done exceptionally well and has been named Seventh Best Medium-Sized Employer in South Africa in the Deloitte Best Company to Work For Survey for 2009 and 2010. In addition, Medihelp is regarded as one of the best managed schemes in the country with its principal officer and CEO, Anton Rijnen, named one of South Africa’s top 10 managers in the Corporate Research Foundation’s publication: Leading Managers of South Africa, for the third consecutive edition (2010/2011).

Product-wise, Medihelp offers a range of good quality, yet simple benefit options to ensure ideal medical insurance to its corporate and individual clients. The product offering ties in with the scheme’s mission to enhance the quality of life through cost-effective and efficient financial cover of health care services, in particular those that are life-saving and life-sustaining.

Activity: Medihelp is a self-administered, registered medical scheme and a non-profit organisation supplying medical insurance to its members

Recent awards: Known as the medical scheme that renders the best client service in South Africa; renowned for its claims-paying ability and received an AA- (AA minus) rating from the Global Credit Rating Company; recognised as South Africa’s Seventh Best Medium-Sized Company to Work For by Deloitte’s influential Best Company to Work For Survey in 2009 and 2010; regarded as one of the best managed schemes in the country

1. Founded in 1905
2. Employs 853 staff members
3. Enjoys a turnover of R3.75-billion
4. Has an ‘AA’ rating from the Global Credit Rating Company
5. Offers seven benefit options in the Dimension range: Dimension Elite, Dimension Prime 1, Dimension Prime 2 and Dimension Prime 3 as well as Medihelp Plus, Necesse and Unify 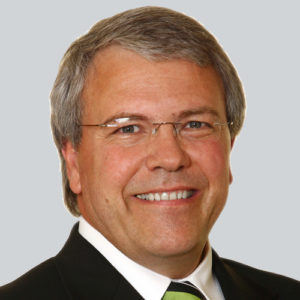